Transforming the Online Visibility of Hotels using SEO and PPC

Simply Clicks has been working on SEO and PPC programmes for hotels since 2005. There are many reasons why an individual hotel or hotel chain should have its own SEO and PPC campaigns. The most important being to take greater control of distribution and direct customer bookings.

We understand the different marketing needs of different styles of hotels and how to boost occupancy, revenue and margins. By improving mid-week or weekend occupancy, by promoting weddings and events, by getting bookings for businesses and conferences, or by promoting spa breaks and cultural weekends.

The key is always to become a prominent hotel for searches for your destination and to reduce the dependency on online travel agents who charge increasing levels of commission.

Our first Hotel marketing brief was to provide SEO training for the Venice marketing department of Starwood hotels. This looked after a collection of illustrious and world-famous luxury hotels including The Danieli, The Cipriani, The Gritti Palace and Westin Europa.

Hotel des Deux Domaines is a Ski hotel in La Plagne in the French Alps. The hotel was built in anticipation of the modern lift that linked La Plagne and Les Arcs in the Tarentaise Valley. Simply Clicks was hired to assist with the launch of the hotel. The project had two aspects. Firstly to promote the hotel’s construction as an investment opportunity and subsequently to promote the hotel as a specifically child-friendly hotel, managed by family ski-specialist, Ski Esprit.

The George in Rye – Boutique Hotel in East Sussex

The George in Rye was a former Forte Heritage hotel that had fallen out of fashion. It was acquired by a hotel entrepreneur, completely gutted and relaunched as a boutique hotel. Simply Clicks was hired to SEO and PPC services and to establish The George as the dominant hotel in the area. With the aim of attracting guests from London, the south-east and beyond.

The Zetter hotel had a fantastic reputation with a top-class hotel manager and operational team. Simply Clicks was hired to raise the hotel’s profile beyond its existing catchment and use SEO and PPC to establish the hotel as one of London’s top boutique hotels.

The Falstaff was acquired by the current owner when the previous owners fell into financial difficulty. The hotel was totally transformed from a tired backstreet establishment to a major lunchtime and evening destination with a stylish cocktail bar. Simply Clicks was hired to provide SEO and PPC services that established the hotel as Canterbury’s best hotel and bar.

The Rye Lodge is a family-style hotel located just off of the tourist town’s high street. Simply Clicks was hired to provide a tactical PPC campaign to promote the hotel’s bar, garden and pizzeria during the 2020 lockdown.

B2B SEO for IT Services Company 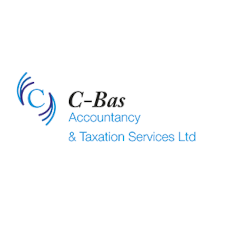 See us in Action

Before we take you on as a client we get to know about your business and your goals.

We look at your existing digital marketing and tell you how to improve it.

It’s then up to you if you choose to include us on that journey.